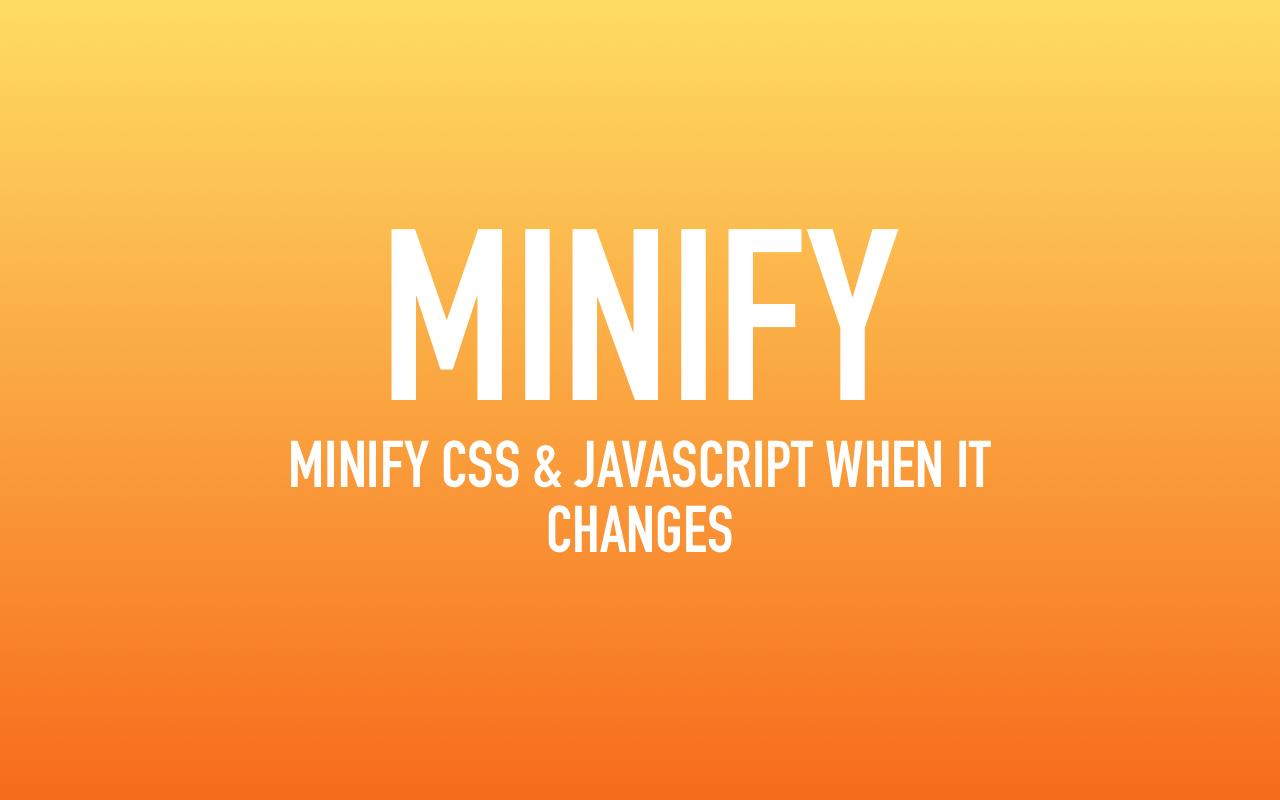 Minify your site's CSS & JavaScript when they change

This addon minifies your site's CSS & JavaScript when they change. All you need to do is change the code that pulls in your assets. This addon also now lets you minify the HTML served to your users.

Minify only minifies the files, it doesn't handle your build process for you. We'd recommend using Laravel Mix for that.

To pull in a stylesheet, use the minify:css tag. Remember to include the src, the value of which should be the relative path to your CSS file from your project's public directory.

This above example would minify the existing public/css/site.css file, save it and serve it to the user.

To pull in a script, use the minify:js tag. Like the CSS tag, remember to include the src parameter, the value of which should be the relative path to your JavaScript file from your project's public directory.

Minify has been known to have issues with some ES6 JavaScript stuff, please verify your site works before shipping to production.

Minify can now automatically minify the HTML served to your users in Statamic front-end requests. To enable, just add the HtmlMinification middleware to the web middleware group in your App\Http\Kernal file.

If you don't want the minified version of your assets to be stored in a file, you can get the contents of the minification inline.

Sometimes you want to just add scripts to your HTML without using seperate files. The good news is that this addon can minify those as well! Here's a JavaScript example

And of course it will work the same way if you use the {{ minfify:css }} tag.

This addon makes use of caching so that it doesn't have to re-minify your assets during each page load. Sometimes this can cause issues so we've built a command that clears everything for you.

You may also wish to run php artisan cache:clear at the same time.

To do the minification of JavaScript and CSS, we use matthiasmullie/minify. It's sometimes a bit problematic when dealing with newer JavaScript standards. For example, you might find that minification doesn't work as expected for lines without a semicolon ; at the end.

For the moment, it's a bit of a limitation. However, we're planning on moving to another package in the future.