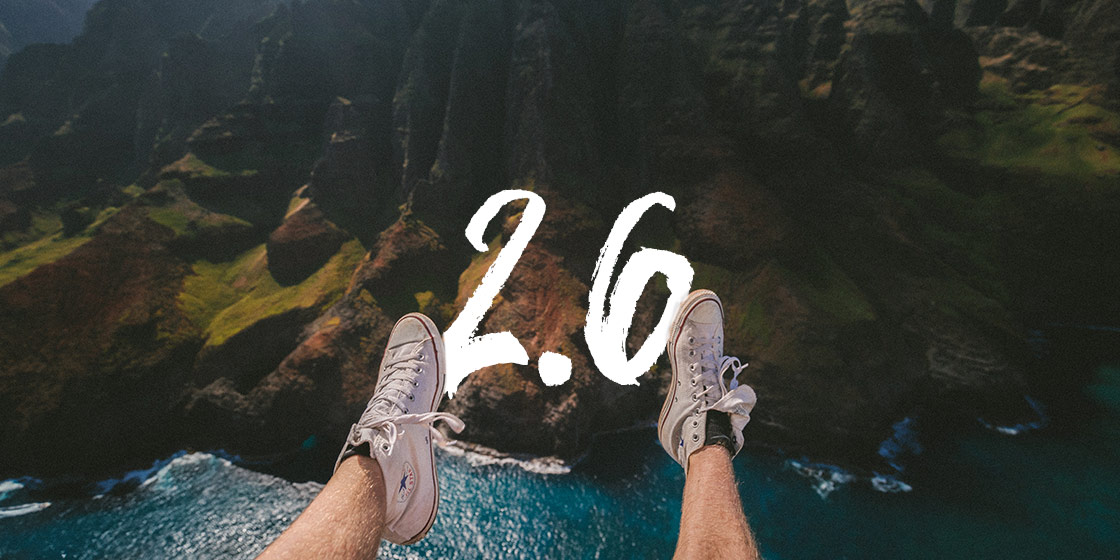 Statamic 2.6 is here! It brings a big old pile of new features and improvements. It’s a long list, so we’ll highlight a few of the coolest parts and then you can check out the changelog for the rest.

Command Line ALL THE THINGS

Starting in 2.6, you will be able to update Statamic with the command php please update. You will be on the latest and greatest version faster than you can google for a Mario coin sound effect and play it. Which would happen automatically if you used the control panel.

Statamic now also has a command line tool for installing new instances of Statamic. Create a brand new Statamic site by running statamic new project-name in any directory, just like Laravel’s installer. That’s all there is to it!

You can read about how to install and update using the command line in more detail on our docs.

When you have an itch to scratch that you can’t reach natively (talking about features here), you’ve always able to extend Statamic by creating an addon.

However, creating a whole addon, with all of it’s naming requirements and whatnot just to write (for example) 3 lines of PHP can be annoying and time consuming. With site helpers, you can just drop your code into a single file and call it a day.

With the Marketplace launch rapidly approaching, we are encouraging developers to treat addons as packages you may want to distribute. For single-site specific code, just use a helper. It’s quicker and cleaner, even if it does remind you of that one blogging-platform-you-swear-you’ll-never-use-again’s functions.php file.

Learn more about how to use site helpers.

We’ve noticed serious addon developers being frustrated by the limitation of only one “aspect” being permitted, per addon (Fieldtypes, Modifiers, etc). If you wanted your addon to have two different modifiers, you’ve simply been out of luck. Now you’re making a pile of addons and trying to figure out how to group them all for distribution.

No more of that nonsense. Now you can simply add as many as you need.

You can now protect pages of your site (or the whole site!) with passwords, by authentication status, or by IP addresses.

Find out more about how to use protect your content.

There is a bunch more! Check out the changelog and enjoy!